Standing Tall for Over a Century…

One of the UWS’s First Beaux Arts Apartment Houses

New Year’s Day, 1904, the 116th Street and Broadway subway station opened – and with it, a building boom in the farther reaches of Manhattan’s Upper West Side. New exquisitely appointed apartment houses were being erected. Columbia University moved from mid-town to its Morningside Heights campus in 1897. Low Library on the Columbia campus opened in 1907. St. John the Divine’s first construction phase was completed in 1911.

In 1909, during this construction frenzy, Charles E. McManus bought eight lots at the northeast corner of 108th Street and Broadway. He hired the renowned architectural firm of Neville and Bagge to design a twelve-story, fireproof building to bring elegance and apartment living to uptown NY.

The finishing touch? Over the grand front entrance, a woman’s dramatically carved face protrudes, her hair like rays in the shape of leaves extending toward sunflowers. She is now the Manchester’s cherished symbol and protector: Phoebe, named after a long-time resident.

In 1981, the building went co-op and residents had the opportunity to buy their apartments. Today, over 96% of the building is owned by members of the co-op. Now, as apartments come onto the market, existing residents are buying them and combining them once again.

As a forerunner in the trend of creating elegant apartment houses for multi-family living, The Manchester was featured in a January 30, 1910 article in The New York Times. Read excerpt. 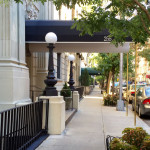 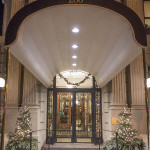 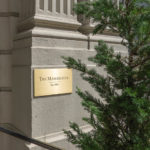 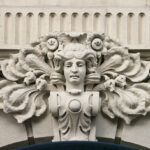 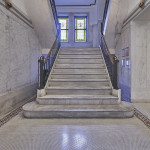 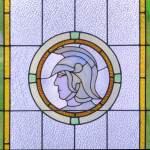 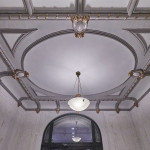 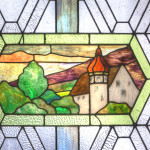 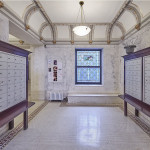 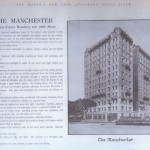 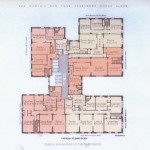 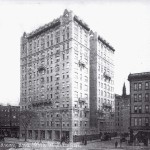 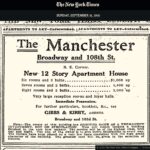 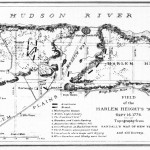 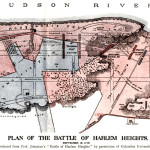 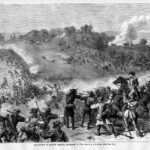 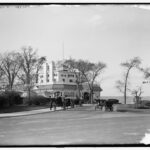 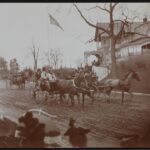 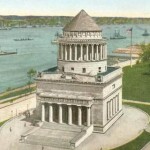 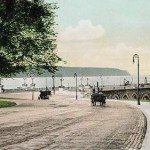 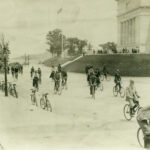 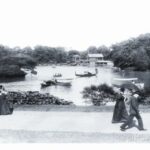 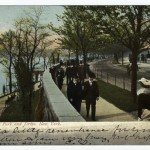 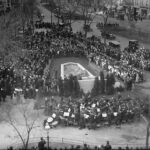 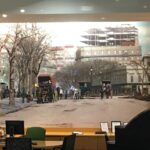 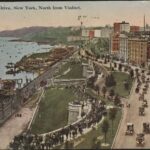 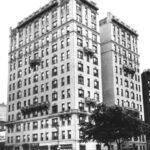 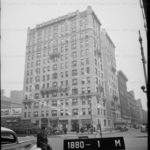 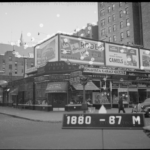 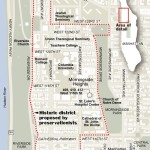